home > overview > about the human microbiome

About the Human Microbiome

The human microbiome is the collection of all the microorganisms living in association with the human body. These communities consist of a variety of microorganisms including eukaryotes, archaea, bacteria and viruses. Bacteria in an average human body number ten times more than human cells, for a total of about 1000 more genes than are present in the human genome. Because of their small size, however, microorganisms make up only about 1 to 3 percent of our body mass (that's 2 to 6 pounds of bacteria in a 200-pound adult). These microbes are generally not harmful to us, in fact they are essential for maintaining health. For example, they produce some vitamins that we do not have the genes to make, break down our food to extract nutrients we need to survive, teach our immune systems how to recognize dangerous invaders and even produce helpful anti-inflammatory compounds that fight off other disease-causing microbes. An ever-growing number of studies have demonstrated that changes in the composition of our microbiomes correlate with numerous disease states, raising the possibility that manipulation of these communities could be used to treat disease.

Traditional microbiology has focused on the study of individual species as isolated units. However the vast majority of microbial species have never been successfully isolated as viable specimens for analysis, presumably because their growth is dependent upon a specific microenvironment that has not been, or cannot be, reproduced experimentally. Advances in DNA sequencing technologies have created a new field of research, called metagenomics, allowing comprehensive examination of microbial communities, without the need for cultivation. Instead of examining the genome of an individual bacterial strain that has been grown in a laboratory, the metagenomic approach examines the collection of genomes derived from microbial communities sampled from natural environments. In the HMP, this method complemented genetic analyses of known isolated strains, providing unprecedented information about the complexity of human microbial communities.

The NIH Common Fund Human Microbiome Project (HMP) was established in 2008, with the mission of generating resources that would enable the comprehensive characterization of the human microbiome and analysis of its role in human health and disease. The HMP characterized the microbial communities from 300 healthy individuals, across several different sites on the human body: nasal passages, oral cavity, skin, gastrointestinal tract, and urogenital tract. 16S rRNA sequencing was performed to characterize the complexity of microbial communities at each body sites, and to begin to ask investigate whether there is a core healthy microbiome. More information, and over 14 terabytes of data, are available on the HMP1 side of this website.

The Integrative Human Microbiome Project (iHMP), established in 2014, is the second phase of the National Institute of Health (NIH) Common Fund's Human Microbiome Project (HMP) program. The mission of the overall HMP is to generate resources to permit comprehensive characterization of the human microbiota to further our understanding of how the microbiome impacts human health and disease. In this phase of the program, the iHMP will create integrated longitudinal datasets of biological properties from both the microbiome and host from three different cohort studies of microbiome-associated conditions using multiple "omics" technologies. Tools, datasets and other resources from both phases of the project are hosted at the iHMP DCC.

The iHMP is an interdisciplinary effort, involving teams of investigators at four institutions – Virginia Commonwealth University, the Broad Institute, Stanford University, and the Jackson Laboratory for Genomic Medicine, as well as a Data Coordination Center (DCC) hosted at the Institute for Genome Sciences, University of Maryland Baltimore School of Medicine.

The Vaginal Microbiome Consortium team at Virginia Commonwealth University is conducting the Multi-Omic Microbiome Study: Pregnancy Initiative (MOMS-PI) in collaboration with the Global Alliance to Prevent Prematurity and Stillbirth (GAPPS) at Seattle Children's to better understand how microbiome and host profiles change throughout pregnancy and influence the establishment of the nascent microbiome in neonates. The team is particularly focused on elucidation of the role of the microbiome and its components in the etiology of preterm birth, which occurs in slightly over 10% of pregnancies and which is the leading cause of death in neonates. Samples from up to 2,000 women and their neonates will be collected throughout pregnancy, at delivery and postpartum. The group will generate a comprehensive dataset using six "omics" technologies: 1) metagenomic rRNA gene profiling, 2) whole metagenome shotgun sequencing, 3) whole genome (bacterial) sequencing, 4) metatranscriptomics, 5) metabolomics/lipidomics, and 6) immunoproteomics. This longitudinal, large-scale effort will is designed to provide a large-scale resource for the scientific community. The study will also permit characterization of temporal dynamics of the microbiome in pregnancy and factors associated with preterm birth.

Department of Microbiology and Immunology

Department of Obstetrics and Gynecology 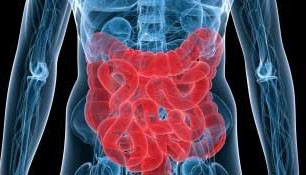 The Inflammatory Bowel Disease (IBD) Multi'omics Data (IBDMDB) research team, led by Ramnik Xavier and Curtis Huttenhower, is a multi-institutional effort to understand how the human gut microbiome changes over time in adults and children with IBD. IBD comprises both Crohn's disease (CD) and ulcerative colitis (UC), which together affect nearly 2 million Americans. It has been repeatedly linked to the overall ecology of the human gut microbial ecosystem, including community diversity, a range of microbial enrichments and depletions, and dysbioses in microbial metabolic activities. To date, however, no one aspect of the gut microbiome has yielded causal biomolecular mechanisms in IBD to provide translationally actionable targets for IBD therapy or diagnosis. Participants for this initiative include patients from Center for the study of Inflammatory Bowel Disease at Massachusetts General Hospital, Emory University Hospital, Cincinnati Children's Hospital, and Cedars-Sinai Medical Center. An interdisciplinary team of experts further contribute to data generation and analysis, including researchers from Baylor College of Medicine (viral genomics), Washington University (epithelial stem cells), UCLA (proteomics), Pacific Northwest National Laboratories (proteomics), the University of Colorado (computational analysis), and the Broad Institute (sample handling, 'omic data generation, and single-cell techniques). Integrating these different data types will allow us to understand not only which microbes are present, but also to observe their metabolic activities dynamically over the course of disease in order to understand and improve the gut microbial ecosystem in IBD.

Type 2 diabetes mellitus (T2D) is a significant health problem facing our nation. Close to 20 million individuals in the United States have T2D, and 79 million aged 20 years or older are clinically pre-diabetic, with a 5-year conversion rate of 10% to 23% from prediabetes to T2D. In a collaborative effort to systematically understand diabetes and its etiology, the team is comprised of leading experts in research on both the human host as well as the microbiome, as properties of both are likely relevant in T2D development. For a better elucidation of mechanisms of onset and progression of T2D disease, the group is performing a detailed analysis of the biological processes that occur in the microbiome and human host by longitudinal profiling of patients at risk for T2D. Both microbiome and host profiles are being analyzed by state-of-the-art omics platforms, and these large-scale and diverse data sets will be integrated to determine the dynamic pathways that change during the onset and progression of T2D, especially during viral infections and other stresses. This longitudinal study is expected to reveal changes in the microbiome and host at an unprecedented level of detail, and identify molecules and pathways that play important roles in diabetes onset and progression.