home > about the human microbiome

About the Human Microbiome

The Human Microbiome is the collection of all the microorganisms living in association with the human body. These communities include eukaryotes, archaea, bacteria and viruses. Bacteria in an average human body number ten times more than human cells, for a total of about 1000 more genes than are present in the human genome. Because of their small size, however, microorganisms make up only about 1 to 3 percent of our body mass (that's 2 to 6 pounds of bacteria in a 200-pound adult). These microbes are generally not harmful to us, in fact they are essential for maintaining health. For example, they produce certain vitamins that we do not have the genes to make, break down our food to extract nutrients we need to survive, teach our immune systems how to recognize dangerous invaders and even produce helpful anti-inflammatory compounds that fight off other disease-causing microbes. An ever-growing number of studies have demonstrated that changes in the composition of our microbiomes correlate with numerous disease states, raising the possibility that manipulation of these communities could be used to treat disease. 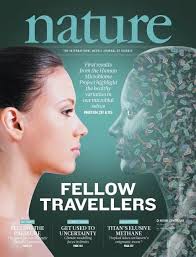 The Human Microbiome Project (HMP) was supported by the National Institutes of Health (NIH) Common Fund from 2007 through 2016, with the mission of generating resources that would enable the comprehensive characterization of the human microbiome and analysis of its role in human health and disease. This area of the website focuses on the first of a two-phase effort, frequently referred to as HMP1, which ran from 2008 through 2013. From the Common Fund website:

The Human Microbiome Project has transitioned from Common Fund support. Common Fund programs are strategic investments that achieve a set of high-impact goals within a 5-10 year timeframe. At the conclusion of each program, deliverables transition to other sources of support or use by the broader scientific community. The HMP was supported by the Common Fund from 2007 to 2016. Non-HMP investment in microbiome research at the NIH has increased over forty-fold since the inception of the HMP and spans over 20 of the NIH Institutes and Centers. Please note that since the HMP is no longer supported by the Common Fund, the program website is being maintained as an archive and will not be updated on a regular basis.

Traditional microbiology has historically focused on the study of individual species as isolated units. However the vast majority of microbial species have never been successfully isolated as viable specimens for analysis, presumably because their growth is dependent upon a specific microenvironment that has not been, or cannot be, reproduced experimentally. Advances in DNA sequencing technologies in the mid 2000s contributed to the creation of a new field of research, called metagenomics, allowing for comprehensive examination of microbial communities without the need for cultivation. Instead of examining the genome of an individual bacterial strain that has been grown in a laboratory, the metagenomic approach examines the collection of genomes derived from microbial communities sampled from natural environments. In HMP1, metagenomic methods complemented genomic analyses of known isolate strains, providing unprecedented information about the complexity of human microbial communities.

HMP1 characterized the microbial communities found at several different sites on the human body: nasal passages, oral cavity, skin, gastrointestinal tract, and urogenital tract, and examined the role of these microbes in human health and disease. The 5 stated aims of the project were

HMP1 was an interdisciplinary effort comprising four sequencing centers (the Broad Institute, Baylor College of Medicine, Washington University School of Medicine, and the J. Craig Venter Institute), a Data Analysis and Coordination Center (DACC), and several independent investigators involved in demonstration projects looking more closely at the associations between the microbiome and human health and disease, tool and technology development, and identification of ethical implications. See the full consortium membership.

2023 | Institute for Genome Sciences, University of Maryland School of Medicine